Our server is hosted on mcprohosting node 103 which has suffered a 10gb+ attack on its system. The server has shut down the entirety of node 103 and all the minecraft servers hosted on it for 24 hours since the initial attack. It's not on my end so we just have to wait until it comes back online. The server will automatically be back online then as well. No data will have been lost though this does remind me to physically save a backup of our server just in case.

We have expanded a ton since our last update! We now have a few regular players, a decent use of the economy, and we finally figured out the new player spawn problem. They will now be spawned in Start region where they will have to read a few signs before they're able to venture out (beginning with the city). This saved us from having to flood the region pole at the city with signs to inform new players how our server runs. We hope this helps fuel a community with playing legitimately without any grief attempts on our server.

Hey everyone. Just to avoid any more confusion. We are not entering the Nether until the release of 1.6. This is because in 1.6 chests will spawn in unexplored Nether fortresses, possibly containing horse armor or other rare loot.

See you on the server!

Something is stirring in the Stone region... 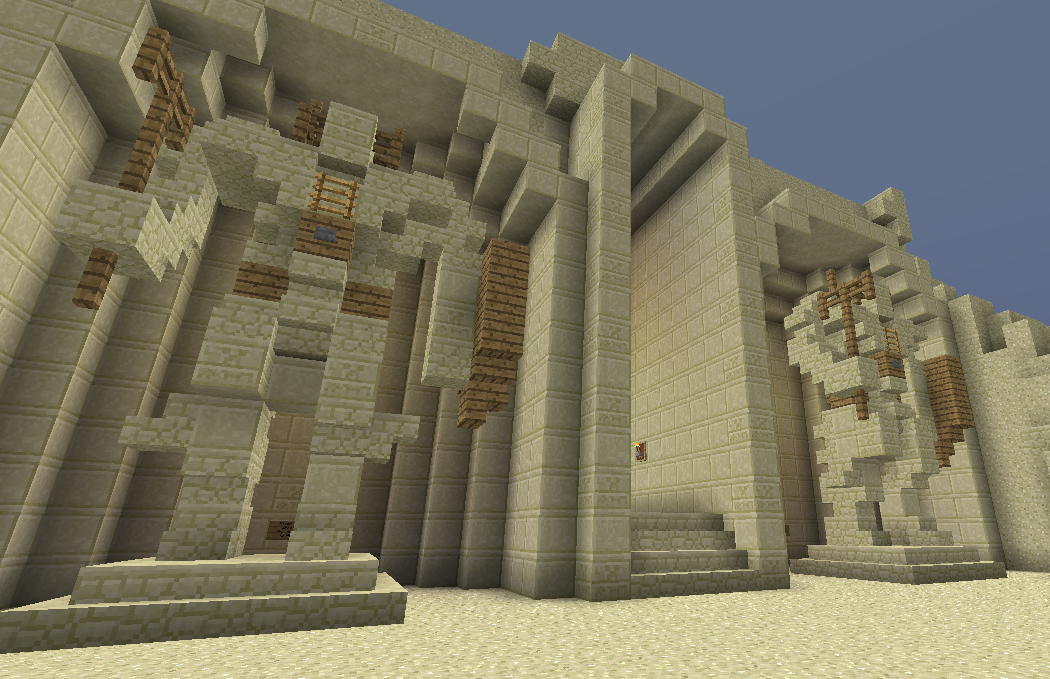 (Statue design thanks to Jswizzy84)

As of Monday May 27, BlockHermit has gone public! With a lack of solid establishment and enough people trying to troll, we were able to get an idea of how to structure the rules. We hope to establish a well structured community thats friendly and independent of each other.

After a long time of consideration, we finally decided to open up block hermit. Using a seed that had some awesome spawns and structures, we went with it and created a server out of that seed. After a few plugins and long hours of testing stability, we got it up and running. It's still buggy here and there so we expect to be resetting (though not reverting) a bit over the next while. The server won't be fully public until then. We invited a friend to come play.

Hoping to create spawn city and then go off and be a hermit! Let's hope this server works out for the best!